Event Recap: Milan Yager on Falling Out of Love with Science (video to come!) 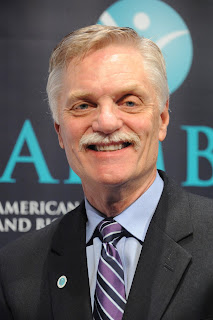 On November 28th, the Penn Science Policy and Diplomacy Group was thrilled to welcome distinguished speaker Milan Yager, the Executive Director of the American Institute for Medical and Biological Engineering, to the University of Pennsylvania. His topic: Falling Out of Love with Science-- Why Congress Doesn't Fund Medical Innovation. Attendees heard about all the many innovations we use every day which were only made possible through generous federal funding for scientific research, from GPS technology to the iPhone screen. Mr. Yager also discussed the divide between many American voters and the scientists toiling away in their labs, as well as how to bridge the gap between the two seemingly very different worlds. Spoiler alert: the key is seeing the humanity in all people and taking time to understand each person's circumstances before casting aspersions on their opinions of things that might matter greatly to YOU but not to them.

Mr. Yager concluded by issuing a challenge to the audience: become pen pals with your legislators. Email them, write them, go to their town halls and campaign events and bother them about the issues that matter to you, because if you don't, you will quickly learn the truth of what Senator Mike Enzi once famously said: "If you're not at the table, you're on the menu."

After concluding his remarks, Mr. Yager stuck around for a vigorous Q&A session which centered on topics such as the most effective methods for influencing your representatives, how to craft questions in town halls to push politicians to give you real answers, and how to best take advantage of tools and resources offered by institutions like AIMBE and the American Association for the Advancement of Science (AAAS). After the session, a small group of students was able to pick Mr. Yager's brain over lunch for advice and insight on how to make the biggest impact as a student still in training. Everyone enjoyed exchanging some great ideas, as well as sharing some excellent tacos.

Before he hopped back on a train to D.C., we were able to catch Mr. Yager for a quick interview. We'll be putting up the video of our interview soon, so stay tuned!

Popular posts from this blog

By Penn Science Policy - May 11, 2015
I recently had the opportunity to attend the 2015 AAAS Science and Technology Policy Forum in Washington, D.C. This annual meeting brings together a range of academics and professionals to discuss the broad S&T policy landscape. Below are some of my takeaways from the meeting. I hope to have additional comments from other National Science Policy Group members up soon. By Chris Yarosh The talks and panels at the Forum encompassed a huge range of topics from the federal budget and the appropriations outlook to manufacturing policy and, of course, shrimp treadmills . My opinion of the uniting themes tying this gamut together is just that—my opinion— and should only be taken as such. That being said, the threads I picked on in many of the talks can be summarized by three C’s: cooperation, communication, and citizenship . First up, cooperation. Although sequestration’s most jarring impacts have faded, AAAS’s budget guru Matthew Hourihan warns that fiscal year 2016 could
Read more

By Penn Science Policy - May 14, 2015
Another point of view of the AAAS Forum by Matthew Facciani: I have provided scientific testimony and met with some of my local legislators, but I’ve never had any formal exposure to science policy. I was really excited to hear about the AAAS Science & Technology Policy Forum to learn more about how scientists can impact policy. The information I absorbed at the conference was overwhelming, but incredibly stimulating. Some of the lectures discussed the budget cuts and the depressing barriers for achieving science policy. However, I felt there was definitely an atmosphere of optimism at the conference and it was focused on how we can create positive change. One of my favorite aspects of the conference were the discussions of how to effectively communicate science to non-scientists. Before we can even have discussions of funding, the general public needs to understand how science works and why basic science is so important. For example, science never proves anything with 100%
Read more